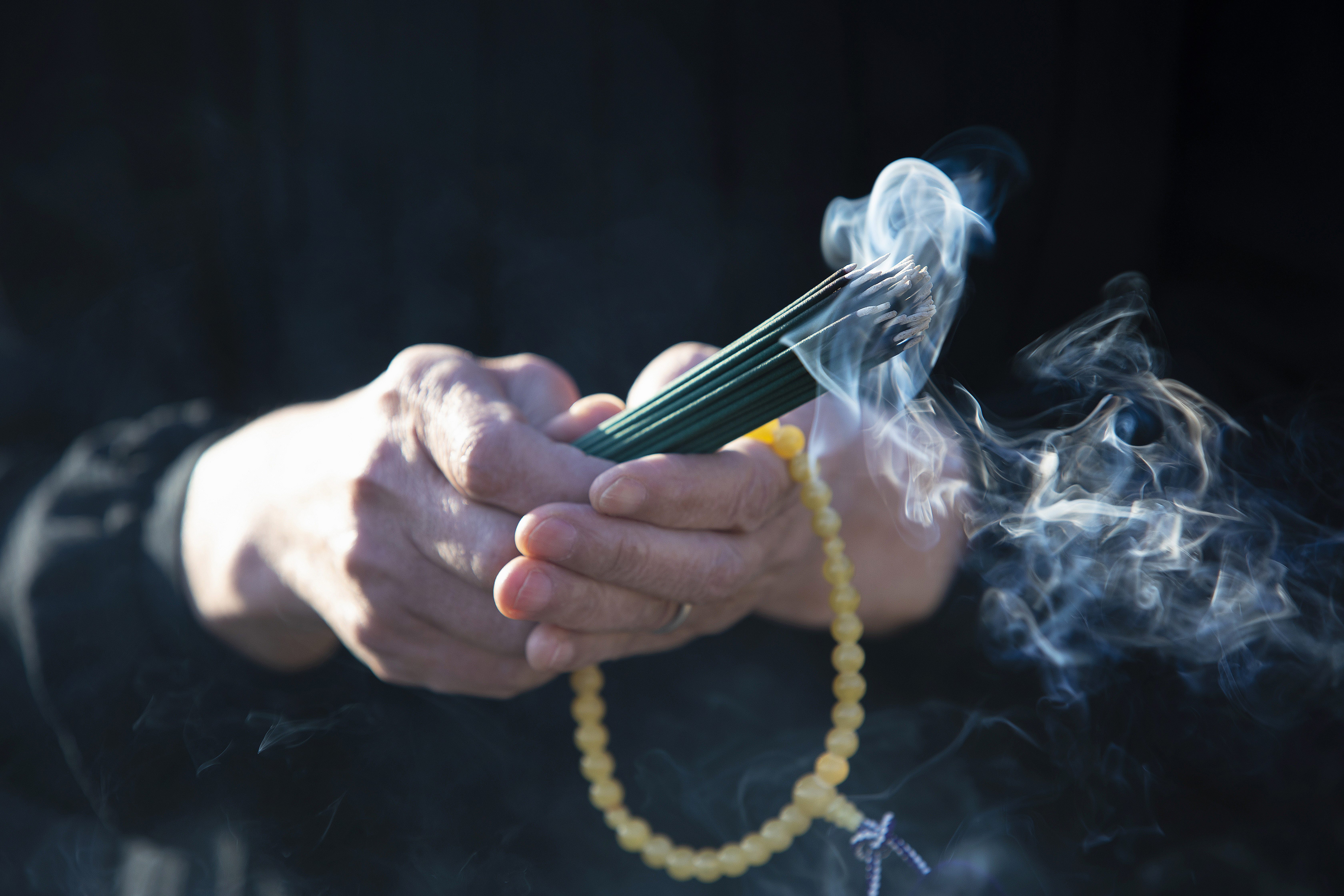 Drawing on Shinto and Buddhist traditions, religion in Japan is a very personal blend of ideas more like a moral code than a doctrine that is set in stone and the two religions exist in perfect harmony. Concerned with the spirituality in this life, Shintoism teaches respect for the divine spirit of every living thing in nature. So the changing seasons are revered and celebrated as in the famed cherry blossom festival in spring, as are births, marriages and other earthly requests for success and happiness. But when it comes to the end of life, Buddhism steps up to play its part in sending the soul off to the afterlife.

Buddhist priests conduct funerals at the temple and nearly all Japanese people choose to be cremated at death and the place of their ashes marked with a headstone. Under Japanese law embalming or cremation can only begin at least 24 hours after death. Before the funeral incense is kept burning at all times as the smoke is believed to help raise the deceased’s spirit heavenwards and ensure it is not trapped on the earthly plane. Japanese funerals include a wake, usually the night before the funeral where friends, colleagues and the community can gather with family members and relatives offering condolences and incense as the priest reads a Buddhist sutra.

Top-to-toe black is the colour called for in preferred dress and accessories at funerals in Japan as it is seen as a mark of respect for the departed and their family with men in a dark suit and tie. Traditionally women also add an item of jewellery, often a string of pearls which symbolise purity of spirit. Among various rituals, there is an incense offering performed by attendees at the funeral to pray for the soul of the deceased. As a sign of support for the bereaved family, it is also customary to give a gift of money inside a white envelope draped with a black-and-white ribbon that is then wrapped with special fabric.

Immediately after the funeral, the body is taken to be cremated. This is usually for family members only. The hearse will sound its horn for a few seconds before setting off to signify the deceased’s departure. Following the cremation, the family files past and using special chopsticks they each select a bone from the coffin to be placed into the urn that is later sealed. In Japan, cremations produce larger-sized pieces of bone rather than the fine ash we see in Australia and any ashes are not kept.

In the first few days of the New Year is a time where Japanese visit ancestral graves to pray for late relatives. To secure luck for the year ahead, the first trip to the shrine of the New Year is a must do. Around the 16th of August, during the O-Bon festival, Japanese people make a trip to family graves as it is believed that the spirits of the ancestors come down to earth to visit.

The latest Census in 2016 recorded 42,421 Japan-born people living in Australia, an increase of nearly 20 per cent from the 2011 Census. Of these, about 60 percent claim no religion while 20 per cent identify as Buddhist, according to the SBS Cultural Atlas.