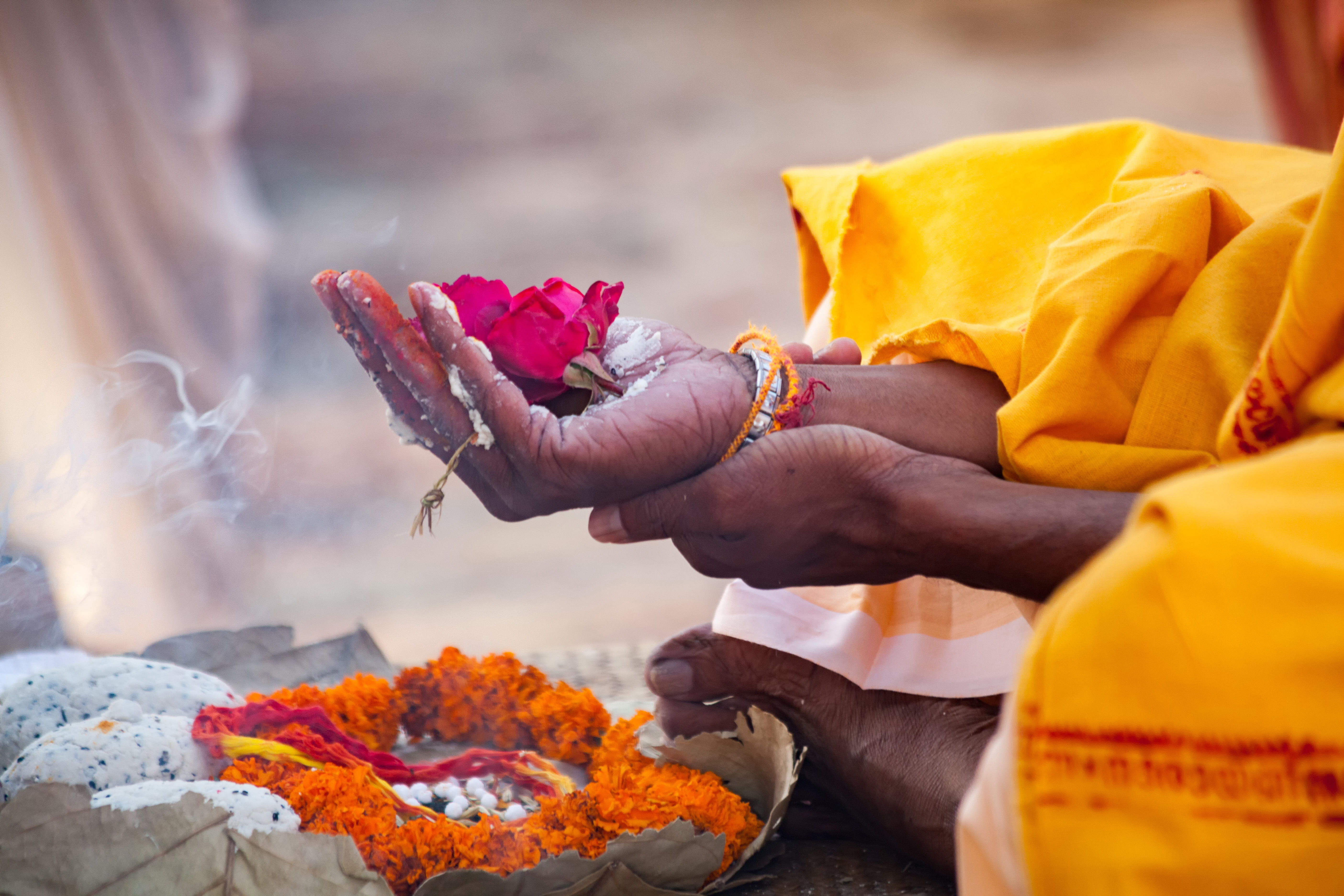 For many Hindu believers, being cremated on the banks of the sacred river Ganges in India’s holiest city, Varanasi, is the pinnacle of their earthly existence. Here, some 30,000 bodies are cremated each year and their burnt remains scattered into the Ganges. This practice is believed to speed the soul towards an afterlife in which the cycle of death and rebirth is finally broken. Hinduism teaches that the divine is within everyone and everything in the cosmos and it is only the body that dies, with the soul reincarnating after death until it finds its true nature and reaches nirvana.

Every day in the 3000-year-old city, some 80 corpses are dressed, decorated with colourful flowers and loaded onto piles of logs stacked in traditional grid style then splashed with ghee and burnt on the riverside. This ancient practice was only slowed down by travel lockdowns during the pandemic travel restrictions, when the daily number of funerals was reduced by half throughout much of 2020.

While it has the third-biggest number of followers in the world, Hinduism is a minority religion in Australia comprising about 440,300 or nearly two percent of the population, according to figures from the 2016 census by the Australian Bureau of Statistics.

In Australia, Hinduism had the most significant growth of about 150 percent between 2006 and 2016, driven by immigration from India. It is the fastest growing religion in Australia mostly through immigration with some 40 percent of practitioners calling NSW home, according to the SBS Cultural Atlas.

Hindu people largely choose to die at home with their family and loved ones around them.

Traditionally the body remains at the home until cremated, usually in a day after death, and is not embalmed. While not everyone can be cremated on the banks of the Ganges, the ashes will still be scattered at a place seen as sacred to the departed.

Understated, casual dress is called for at the funeral service or wake and new clothes and any form of showiness is not suitable. White is the preferred colour of clothing for funeral guests with black not appropriate.

The service usually features an open casket so that guests can view the body. Rituals vary between sects but a Hindu priest will lead a program of sacred songs and mantras. Incense will be burnt and floral offerings made to ancestors and gods.

Notable people who died in 2021

Coffins with a personal touch