The NSW Nurses and Midwives’ Association officially dedicated the Alice Cashin Nurse Memorial on the 11th October 2016. The memorial celebrates the qualities and values displayed by this extraordinary Australian and honours all nurses and midwives.

In an unmarked grave at WMP rests a heroine of WWI, registered nurse Alice Cashin, the first Australian to be awarded a Royal Red Cross plus the bar to that medal for her incredible bravery during WWI.

Alice trained as a registered nurse at St Vincent’s Hospital in Sydney and later moved to England to pursue her career. When WWI broke out, she signed up with the British Red Cross and in July 1915, joined the Queen Alexandra Imperial Military Nursing Service Reserve (QAIMNSR).

Her first posting with the QAIMNSR was in Egypt and for her work and bravery there, Alice was awarded the Royal Red Cross 1st Class Medal. On 30th March 1917, Alice was Matron on the hospital ship HMHS Gloucester Castle, which was torpedoed without warning in the English Channel. Alice defied the Captain’s orders and refused to leave the sinking ship until all her 399 injured men and 33 nurses were safely on lifeboats. She left on the last lifeboat.

For her ‘example of coolness and devotion to duty, and rendering invaluable service’ on that terrible and cruel night, Alice was the first Australian to receive the Bar to her Red Cross Medal.

Alice’s training set her up to cope in the most trying and challenging circumstances – whether it was close to the Front in France, in charge of a large surgical unit in Egypt, or on the seas or managing a large military hospital. She showed the qualities that all nurses and midwives aspire to: professionalism, courage and devotion to duty. This memorial honours all nurses and midwives who share the values of Alice Cashin.

From 7th May 1917 Matron Cashin had charge of the 400-bed military hospital at Whittingham Barracks, Lichfield, England. On leaving in July 1919 she was showered with daisies gathered by 'her boys'. She returned to Australia in the Morea on 18th October 1919.

Daisies, in memory of the send-off given by 'her boys' at the English hospital, are planted on her grave, as our send off to her, with thanks, and in memory from a grateful nation. Lest we forget. 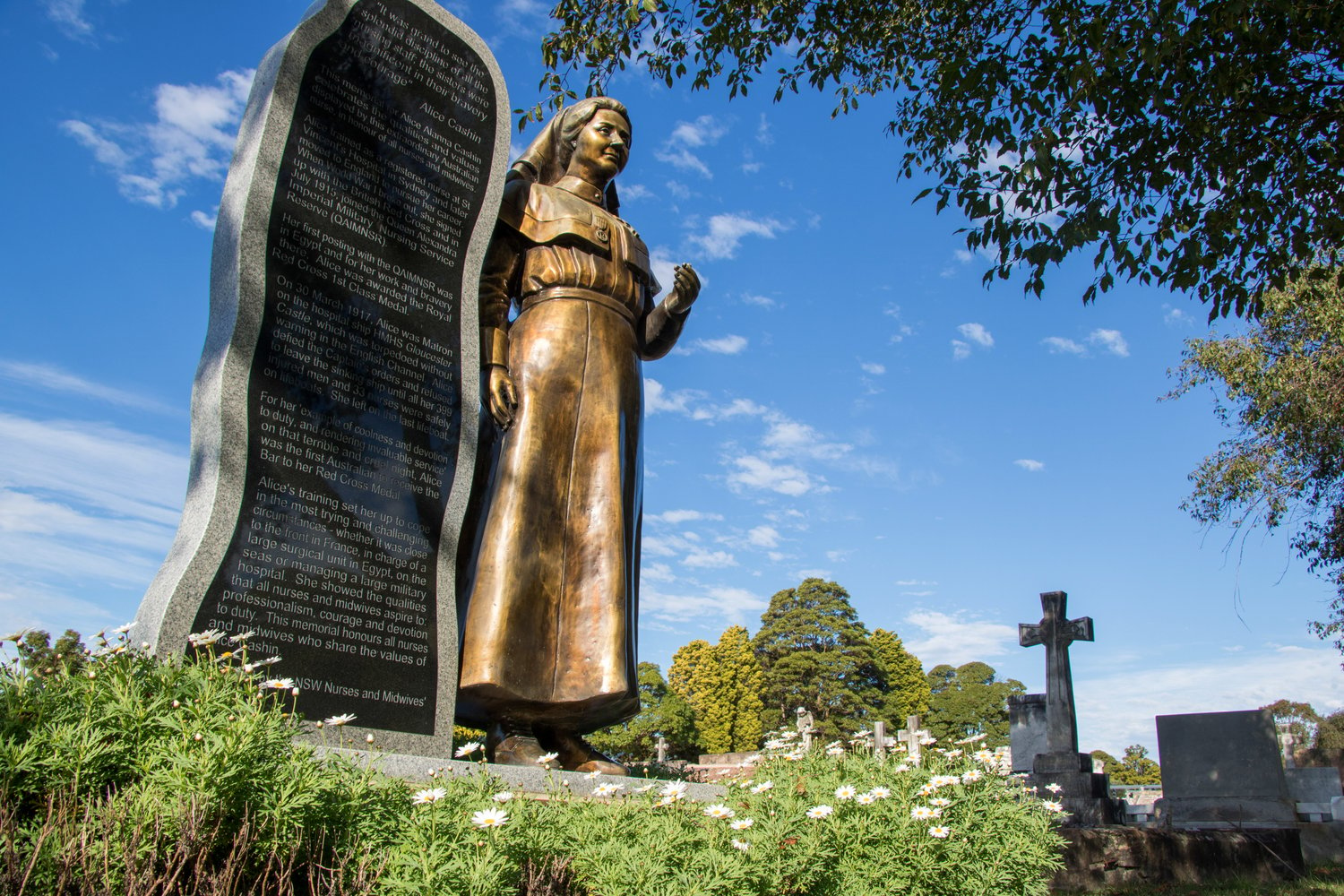